Bet on the Underdogs

Leicester’s journey in the Premier League has to go down as one of the greatest underdog stories in sporting history. In fact, you could get odds of up to 5000/1 for Leicester to win the title at the start of the season. A few wildly optimistic Leicester fans had the foresight to take a punt on these odds (including actor Tom Hanks, who put £100 down on the Foxes), and they now find themselves cashing in on massive winnings.

With the Euro Football 2016 approaching, this got us thinking. Who could be the equivalent of Leicester at the Euros? Is there a team of ragtag outsiders who could come from nowhere to upset the pundits? After all, the Euros has its fair share of unlikely winners. Few would have expected Greece to become the European champions in 2004, or Denmark to triumph in 1992.

Who Are The Apparent No-Hopers Of Euro Football 2016? 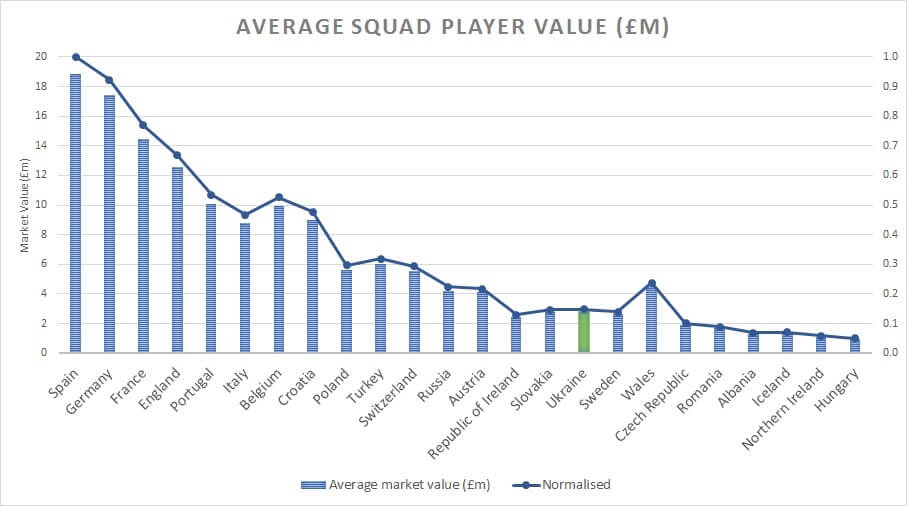 Looking at the current odds, the two minnows of the tournament are Albania and Northern Ireland. Northern Ireland have never previously qualified for the Euros, whilst Albania are making their first ever appearance in a major tournament. Not a great recent pedigree. They are both currently rated at 500/1 to win the tournament – although this is still ten times higher than Leicester’s chances were at the beginning of the season.

There’s another interesting way of looking at this. The most startling aspect of Leicester’s rise has been the fact that the value of their squad is worth a fraction of the traditional Premier League powerhouses. For example, the most expensive squad at the start of the season was Manchester City. On average, a player for the Sky Blues was worth £15.6m. In contrast, the average Leicester player was worth just £2.8m, a meagre 18% of their more illustrious rival.

Amazingly, Leicester have a direct European equivalent: the average Ukraine player is also worth £2.8m. This is a mere 15% of the value of Spain, who have the most expensive team in the tournament, with an average player value of £18.8m.

The similarities don’t end there. Just like the Foxes, Ukraine are built around a sturdy defence, keeping six clean sheets in qualifying. Furthermore, one of their main goal scoring threats comes from the Vardy-esque pacey forward Andriy Yarmolenko (an outside bet for tournament golden boot).

At 100/1, Ukraine are most definitely outsiders. They have never progressed past the quarter-finals of a major tournament, and this will only be their second Euro Football 2016. But could some of the Leicester magic rub off on them this summer?

The Leicester Lesson: Hedge Your Bets

Whichever team you put your money on for the Euro Football 2016, the lesson from Leicester is to hedge your bets. The favourites often disappoint, upsets happen, and a speculative bet on an outsider could just pay off. Maybe it’s worth putting a cheeky bet on the shoe-string budget Ukrainians, the plucky Albanians, or the spirited Northern Irish.

Note: The average Leicester and Manchester City player values were taken from the start of the 2016/17 season, 08/08/2015. All figures are estimates provided by Transfermarkt.